Tuvalu is a group of nine small atolls and islands at the west end of Polynesia in the South Pacific and is home to approximately 10,000 people. Integrating all the land areas makes only 26 km2. All the Tuvalu islands are quite low above sea level, especially Fongafale, the largest islet in the atoll of Funafuti, being 1.5 m on average and 3.6 m at the highest above sea level. Tuvalu is one of the nations that is most vulnerable to the impacts of climate change. Given that it has no mountains, no rivers, and, thus, no fresh water, people depend on rainwater for their daily life water. The environment where fresh water is not easily available is severe for people, animals, and plants. 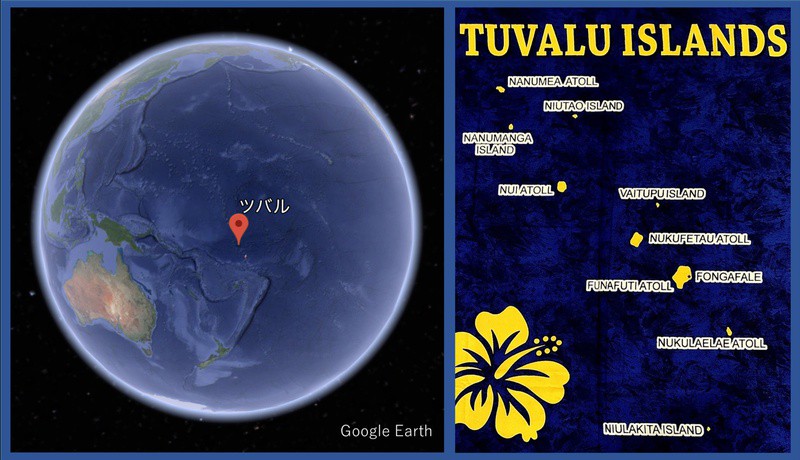 Tuvalu was formerly known as the Ellice Islands. In 1892, the Ellice Islands and the Gilbert Islands (now the Republic of Kiribati) together became Great Britain’s protectorate, and in 1916, the Gilbert and Ellice Islands were turned into a colony. In 1974, the Ellice Islanders voted for being independent as Tuvalu, separating from the Gilbert Islands. Tuvalu became fully independent on October 1, 1978. Tuvalu is a combined word composed of tu (stand) and valu (eight), which means “eight inhabited islands standing together.” Although Tuvalu has nine atolls, the atoll of Niulakita had no residents at the time of its independence. Niulakita has 37 residents according to the 2017 census; however, it is often regarded as part of Niutao Island. The eight islands are, from north to south, Nanumea, Nanumaga, Niutao, Nui, Vaitupu, Nukufetau, Funafuti, and Nukulaelae.

According to the 2017 census, the domestic population of Tuvalu was 10,507, with more than half residing in Funafuti, the capital of Tuvalu, which is the only gateway to and from other countries. The population of each island is as follows.

Evidently, there is a significant difference in the populations of Funafuti and the other outer islands. Funafuti is the most urbanized and modernized island, having the only airport in Tuvalu; having more stores, hotels, and hospitals than the other islands; and having the only bank, post office, and government office. However, it is definitely not a typical urban city, which bristles with towering buildings and bustling with cars coming and going. Its scenery looks fairly unique for a single narrow street, on both sides of which palm trees and hoary houses are dotted, running all through the ring-shaped land, despite that the major facilities are located in the heart of the island. 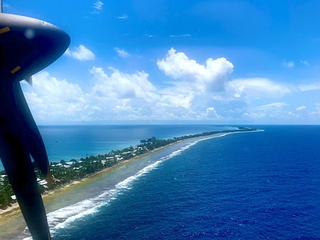 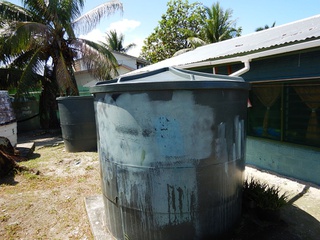