Folk Classification of the Animals

In Tuvaluan, there is no equivalent word for animal as a general term that includes land animals, sea creatures, and even human beings. Manu refers to all land animals, including mammals, reptiles, birds, insects, and any of arthropods, except for human beings. Moreover, Tuvaluan does not have specific terms for mammals, reptiles, and insects, but “bird” in Tuvaluan is called manu. Thus, manu has two different meanings in distinct levels: one is “land animals” as distinguished from all other creatures and the other is “birds” as distinguished from all other land animals. Manu refers to birds sometimes referred to as manu eva or manu lele. Eva and lele both mean to fly, with lele being a loan word from Samoan. 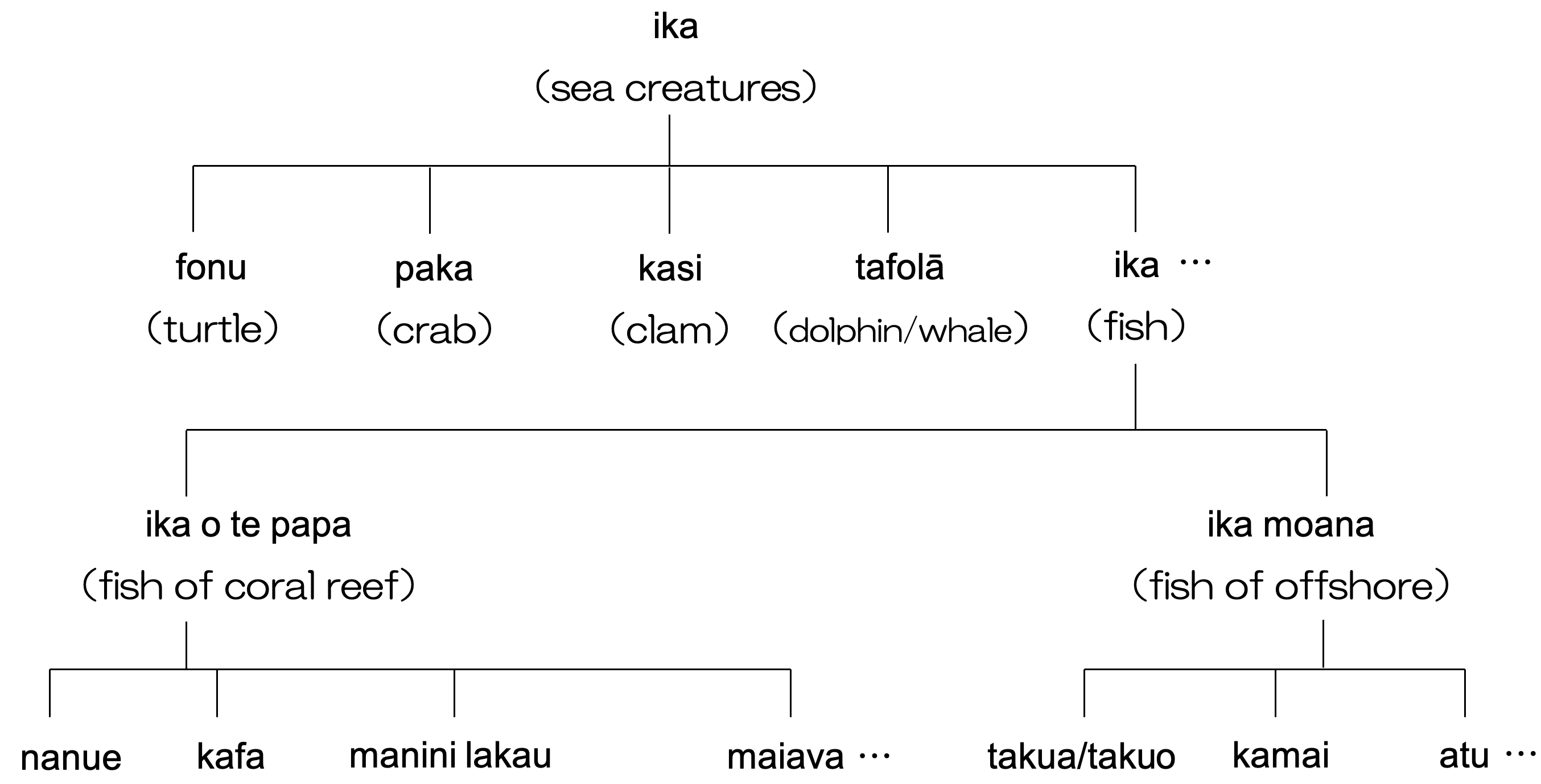