Folk Classification of the Plants

In Tuvaluan, the general term for creatures or living things is mea ola, which literally means thing (mea) living (ola). Many Tuvaluans perceive mea ola as divided into four subclasses as follows.

The documentation on the vascular plants of Tuvalu dates back to Hedly (1896) and Maiden (1904). The most practical document would be Plants of Tuvalu: Lākau mo mouku o Tuvalu by Thaman, Fihaki, Fong (2012), which covers herbs, ligneous plants, and vines listed with the photos. The following table shows the number of terrestrial vascular plants in Tuvalu. The total number of the plants is only 356 species, of which 349 are seen in Funafuti, and 64 out of 356 are possibly indigenous (Thaman. ed. 2012: 23–24).

In Tuvaluan, the general term for vascular plant is lakau. Lakau is subdivided into two further classes: lakau (tree and shrub) and mouku (grass and herb). As for mouku, the ones that are used for something as medicine or flavoring in people’s daily lives have specific names, the ones which are not simply called mouku. 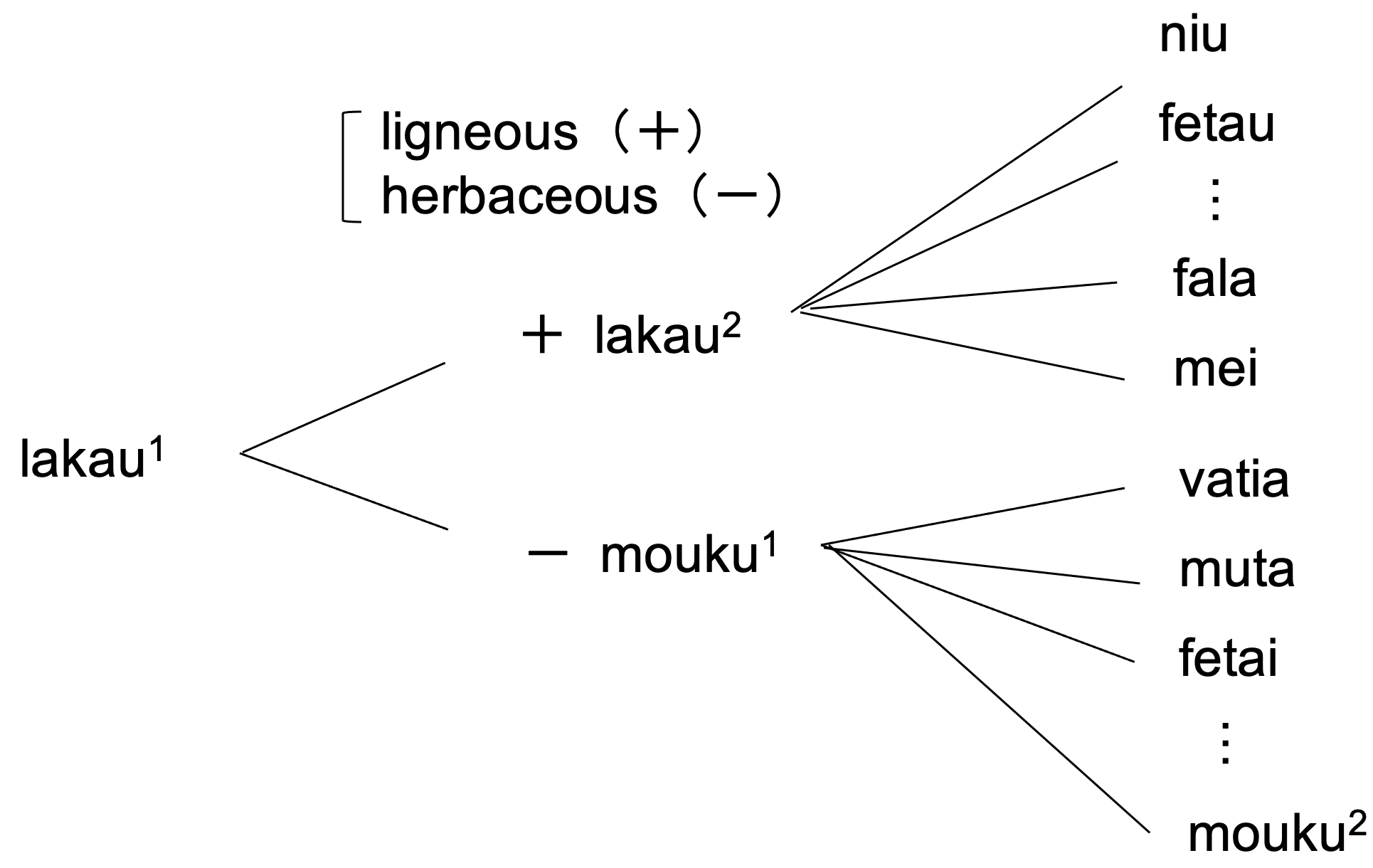